Forum for the discussion of the Feldsted Friends newsletter.
Post Reply
13 posts • Page 1 of 1

That is a conundrum for many people living west of the Manitoba – Ontario border and also for Northern Ontario. For most Ontarians living west of Atikokan, Winnipeg is the closest major city and the go-to destination for shopping. That portion of Ontario is resource-rich and energy poor.

The issue is that central Canada has never considered Atlantic or Western provinces as other than useful hinterlands. We have to recognize 153 years of exclusion and discrimination. We need to formalize the exclusion, make it real, and get on with our lives.

We get lost in the minutia of a grossly unfair equalization program and the effort to stifle resource development in Western Canada and many other issues that have chaffed us for decades, but central Canada has no incentive to change.

The government is including revenues from Western Canada in their largess to cities. Via Rail operates primarily in the Ottawa, Montreal, Toronto corridor, and is a bad joke elsewhere. We have no interest in subways in Toronto, Montreal, and Ottawa. We can go on, but that is minutia.

Central Canada never intended to keep Western chicks in the nest. The time is here to recognize the abandonment and fly on our own. It is not a change that we look forward to. Many of us know that initially, we will trade historical problems with new problems of our own making.

We will not form a separate confederation of four provinces without making mistakes and getting some things wrong. That is part of growing up and learning true independence. A new geopolitical entity does not arrive in a crate with a user manual.
The major difference is that with a separate, agreed on constitution, we can make changes when we recognize our mistakes. We can improve on what we agree to start with. We will be master of our domain and not have to convince an indifferent and numerically larger lot a few thousand miles away that our needs and opinions count.

We need to avoid making Western Canada a republic or otherwise departing from the familiar Westminster style of governance and British common law. The influx of British Empire Loyalists following the American War of Independence has lessons for us. We have to remain attractive to other Canadians who want to relocate to a better run, prosperous nation.

Before 1970, western Canadians got along well. We had pioneer spirit, were entrepreneurial, hard-working, innovative, and had little interference with building up our provinces. Since then we have had escalating federal interference in our affairs. We are nearing a point where we need permission from Ottawa to breathe.

That is counter and opposite to the pioneer spirit that got us to where we are viable as a separate nation. We are 11.9 million strong and growing – 82% of the population of Ontario and 1.4 times the population of Quebec (2019 figures).

As a separate entity, we can avoid many of the problems inherent in our current confederation. We have a constitution that is impossible to change. A constitutional change should require a double majority – 2/3 of the votes from 2/3 of the provinces but should be doable.

We don’t need to write a constitution from scratch. We can use the BNA Act as a template and make appropriate changes. We still need a central government to take care of matters that are beyond the capacity of a single province but can free up the provinces to deal with local matters without central government interference.

We need to give careful thought and consideration of our current status in the confederation. We have made serious efforts to make a place at the table and be treated as adults and have been ignored for too long not to recognize obvious discrimination.

Do we remain doormats for central Canada or do we pioneer a new place for ourselves on the world stage? While we don’t need to build sod huts in a sparsely settled and hostile land, we will be doing the equivalent on an intellectual and governance basis. Are we up to it? Those are the real questions that confront us.
Top

Get Alberta out and immediately commence legal action in world court for payback. I would consider Saskatchewan. The rest of the pretend country is a welfare liability.
"When you get to the end zone, act like you've been there before." - Vince Lombardi
Harley-Davidson XL1200CX Roadster. Black Bikes Matter
Top

International bodies will also ensure that Alberta cannot be landlocked by POTawa.
"When you get to the end zone, act like you've been there before." - Vince Lombardi
Harley-Davidson XL1200CX Roadster. Black Bikes Matter
Top

I don't know if there are enough people left who will stand up and fight.

Is it already over?
To find ALL of our Recent Topics, Click Here, or look under Quick links at the top of the page!
Top

All the enemies of God, Country and anything good a decent have all the seats of power in each province and our nation.
Its time to pray and row and I am doing the best that I can to be a chipmunk for this winter. 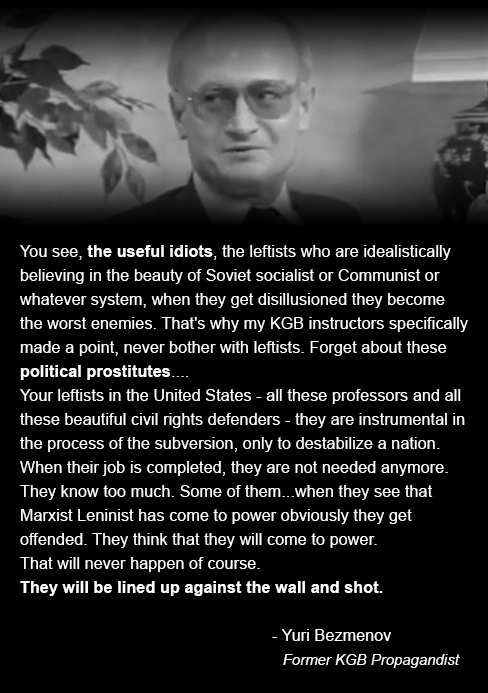 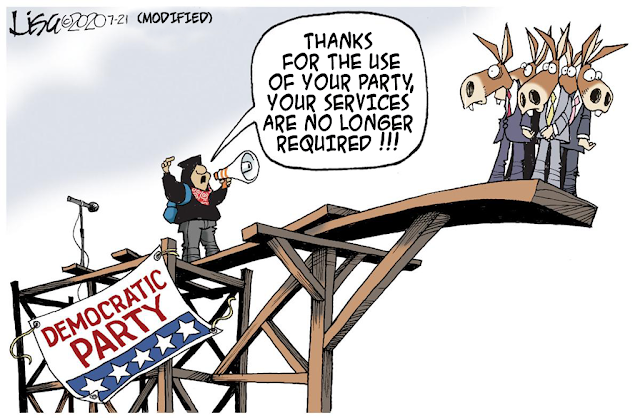 Is it already over?

This is also why i say so:
Cartoon from India. As you can see, this brain washing is international. 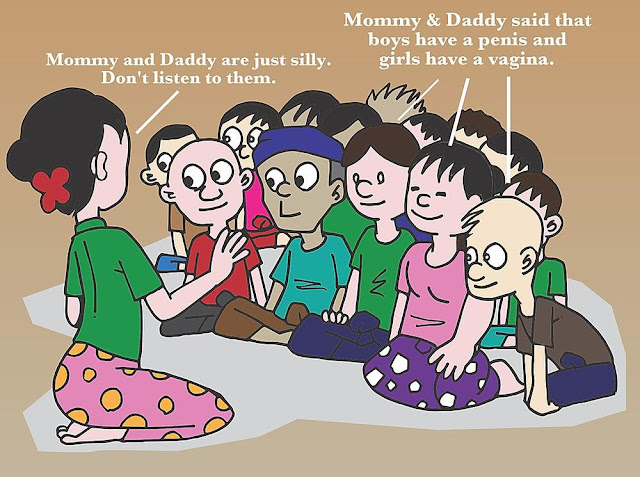 Which is why cannot take things like western separation, or deep policy wonk thoughts seriously any more. 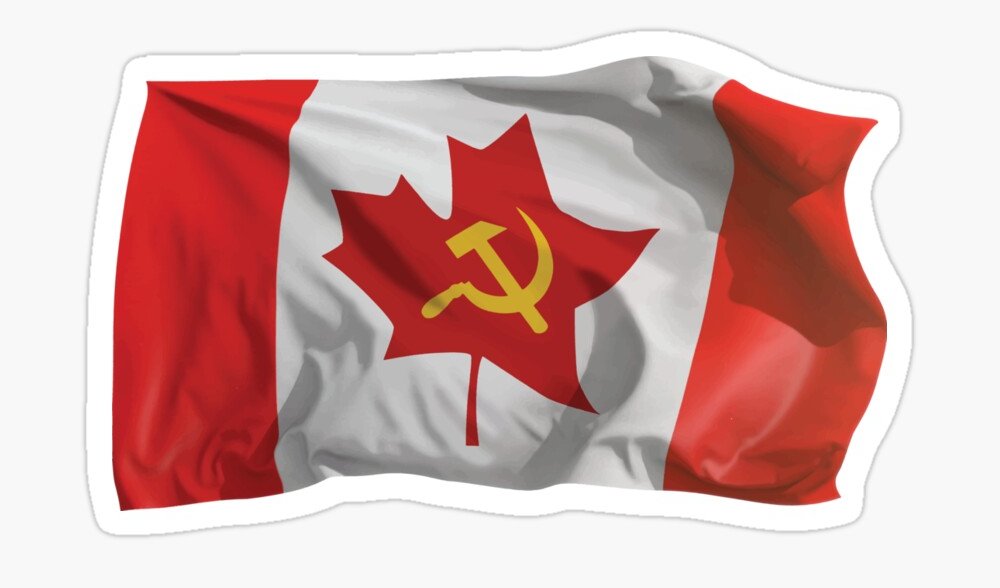 I think its a dead issue. The election of the NDP proved that the idea Albertans are conservative was a myth. And with the oil market in shambles Alberta is likely going to fall behind economically and therefore require some federal assistance. And keep in mind neither Manitoba or BC are in any way conservative provinces.

In short Canada in whole is royally effed up and there is no getting away from that. Heck, worry about the USA. If the Democrats take control its game over for them, then us.
Top

Duke Atriedes wrote: ↑Mon Jul 27, 2020 6:02 pm I think its a dead issue. The election of the NDP proved that the idea Albertans are conservative was a myth. And with the oil market in shambles Alberta is likely going to fall behind economically and therefore require some federal assistance. And keep in mind neither Manitoba or BC are in any way conservative provinces.

Unfortunately, I agree with you. I worked hard for independence in two earlier incarnations of the movement but it was not to be.

The NDP types have become too numerous and as a group, the ones with decent jobs and incomes. In the last quarter, the NDP outraised the UCP for donations by $400,000.

Financially, it's hard to see a way forward without additional pipelines, and that is not even getting into the issues of international demand and price. Trump is as pro pipeline as a politician can be but Keystone still spins its wheels. Even if courts can be overcome, the long delays and legal costs make pipelines uneconomic. This year Alberta becomes a have not province and draws down from equalization.
Top

Well, we can always give it a try. And if it fails, it fails.

Western civilization as a whole will fall long before there will be a western secession.

I am not a chipmunk (Hi Winston) but I am doing my best to stock what are necessary items.

We are not having problems with ammo supplies as is the US as the moment so if you be buying, now be the time because the shortage will hit us too.
Blessed be the Lord my God, who teacheth my hands to fight,
and my fingers to war.

I have to correct myself. Alberta is not becoming a have-not province now or the foreseeable future and will not share in the equalization gravy train. Alberta is expected to be a net recipient of federal funds in 2020-21, but all provinces will be because of the massive federal spending. When the spending tap turns off, Alberta is back to carrying most of the country.

Nonetheless, I still think independence is currently impossible. In the meantime, Alberta has to gain control of the important financial levers.
Top

Alberta will never be a recipient of welfare transfer extortions in our time. Alberta generates far too much revenue ultimately targeted to OntariOWE and PAYbec. It will also never have a sales tax in our time.

Halt the colonial extortions tomorrow. What is POTawa going to do about it? LOL
"When you get to the end zone, act like you've been there before." - Vince Lombardi
Harley-Davidson XL1200CX Roadster. Black Bikes Matter
Top
Post Reply
13 posts • Page 1 of 1