“There’s a possibility that the assault of the virus on our nation next winter will actually be even more difficult than the one we just went through. And when I’ve said this to others, they kind of put their head back, they don’t understand what I mean… We’re going to have the flu epidemic and the coronavirus epidemic at the same time.”

“I am worried. I do think the fall and the winter of 2020 and 2021 are probably going to be one of the most difficult times that we’ve experienced in American public health because of what you said — the co-occurrence of Covid and influenza, and this is where I’d like to continue to work with you to get the American public to embrace the influenza vaccine so we can try to minimize the impact of inluenza, because I think those two respiratory pathogens hitting us at the same time do have the potential to stress our health system.”

The CDC Director, Robert Redfield, made both these ‘predictive’ statements about the future of this orchestrated coronavirus pandemic. The first comment was a few months ago as reported in this article on April 21, and the second quote was from an interview held yesterday with the editor-in-chief of the Journal of the American Medical Association. In my opinion, these are not simply prognostications, but are warnings of things already planned and known. Part of the reason for these announcements is to set the stage for the final nail in the coffin of freedom, and to prepare the sheep for mass death purposely created to advance this sinister agenda of total population control. The CDC, and therefore the state, will recommend the flu vaccine followed by the Covid vaccine, and both will infect all recipients with multiple viruses and poisons at a time when the bulk of society is most vulnerable. This is by design.

The state’s scandalous pandemic response is the major part of this plan that can guarantee more sickness and death; sickness and death purposely sought by the perpetrators of this fraud in order to perpetuate great harm through the manipulated weakening of the immune systems of most all Americans. After several months of lockdowns, a carrot was dangled for a brief period, with promises of reopening. That reopening never actually happened in full, as the restrictions remained during the pause, and then the stopgap plan of arranged fake racial strife, rioting, looting, and property destruction was allowed to continue until the next part of this plot could be released on the public. The beginning strategy of this second phase was based on false case increases, enough to instill fear in an already beaten down populace that is once again being told to isolate, mask, distance, and lockdown. The final part of this second phase will come with the first sign of cold weather, and this has already been put into motion due to the near complete decimation of general health due to the government response to this hoax.

What the CDC head is indicating with his comments is that he knows that the flu season coming will be much more devastating than normal, and that all sickness and death will be blamed on a virus that has never been properly scientifically isolated, identified, or verified. That will matter not, as after 8 months of mandated isolation and lockdowns, deadly oxygen-stealing mask wearing, of vitamin deficiencies, lack of exercise, job loss, depression, and extreme stress, the entire population will be at great risk of becoming sick, and the evil controllers of this fraud that plotted this outcome from the beginning, will use the purposely created weakness of the masses to advance their agendas of control.

This coming flu season will not be like last year when total deaths were close to normal, even with the introduction of a fraudulent virus. This next flu season will see not only the old and infirmed getting sick and dying, but people of all ages will be highly affected due to deliberately introduced lockdown measures implemented by the elite controllers. These controllers include the big banking sector, the government at every level, the WHO, the CDC, the pharmaceutical companies, the medical and healthcare industry, the giant tax-free foundations, and others. These are the only entities that will benefit from this great reset and new world order. They will still benefit monetarily of course, as the wealth transfers will continue in earnest, but they will benefit most by gaining total power and control over all aspects of society and people worldwide.

This Covid set-up is going forward without pause, and the governing system’s anticipation of carnage is based on reality and the desired expectation of mass death and destruction. The children, young, and somewhat healthy were spared this past year because there was no real pandemic other than the one created out of thin air. That will not be the case this coming year, as the government response, mandated isolation, and restrictions have been effective in weakening the entire population, and that will lead to an immune system breakdown that will not be exclusive of age. The state fully understands the implications of what they have created, and are using it to continue to advance agendas meant to destroy all that is held dear by humanity. The fact that so many will die is not any concern of those perpetrating this fraud, as they know exactly what they are doing, and they know exactly what they seek.

This is the most dangerous time in the history of man. The seriousness of this plot cannot be underestimated. It is not due to any threat of conventional war, and it is not due to any threat of nuclear decimation, it is based on the fact that this is a psychological war waged by psychopaths against all mankind, and it is being advanced by a small group of monsters that have taken control of the minds of the masses through long-term indoctrination and policies meant to breed dependency. Fear is the new weapon of mass destruction, not because it is legitimate, but because the people have lost all will to be free, have lost all ability to think, and seek shelter and comfort as a collective herd only capable of existence in a society that is based on totalitarian rule.

“Poor, wretched, and stupid peoples, nations determined on your own misfortune and blind to your own good! You let yourselves be deprived before your own eyes of the best part of your revenues; your fields are plundered, your homes robbed, your family heirlooms taken away. You live in such a way that you cannot claim a single thing as your own; and it would seem that you consider yourselves lucky to be loaned your property, your families, and your very lives. All this havoc, this misfortune, this ruin, descends upon you not from alien foes, but from the one enemy whom you yourselves render as powerful as he is, for whom you go bravely to war, for whose greatness you do not refuse to offer your own bodies unto death. He who thus domineers over you has only two eyes, only two hands, only one body, no more than is possessed by the least man among the infinite numbers dwelling in your cities; he has indeed nothing more than the power that you confer upon him to destroy you.”

The people of this country are teetering on the precipice of annihilation. Hundreds of millions of American citizens hide under their beds, cover their face until they cannot breathe, submit to forced financial ruin, succumb to obvious lies and deceit, allow their property to be plundered and burned without resistance, allow their children to be poked and prodded, and injected with poisons, and voluntarily imprison themselves, never again to live a free and normal life. All this is done on orders from a few, from a criminal and corrupt government that is evil beyond imagination, and that is vile and immoral at its very core.

The blame for this travesty falls not so much on those that have fooled the people, but on the people themselves. Voluntary serfdom is deserved, because people unwilling to defend themselves, their families, their neighbors, their livelihoods, and their very freedom, are not worthy of respect. Longing for freedom without the courage to claim it is a meaningless endeavor, as any real demand by the masses would leave the governing elite naked and afraid. All that is necessary to achieve liberty is to want it, and this alone can defeat tyranny.

The Best of Gary D. Barnett 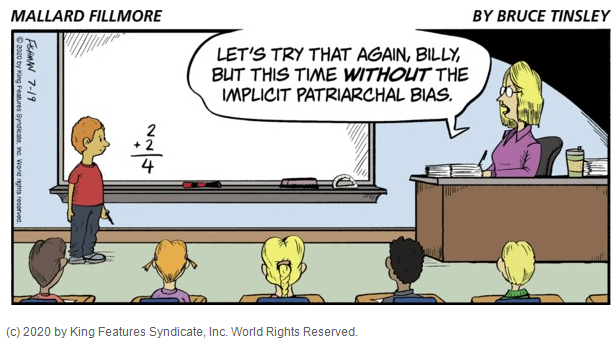